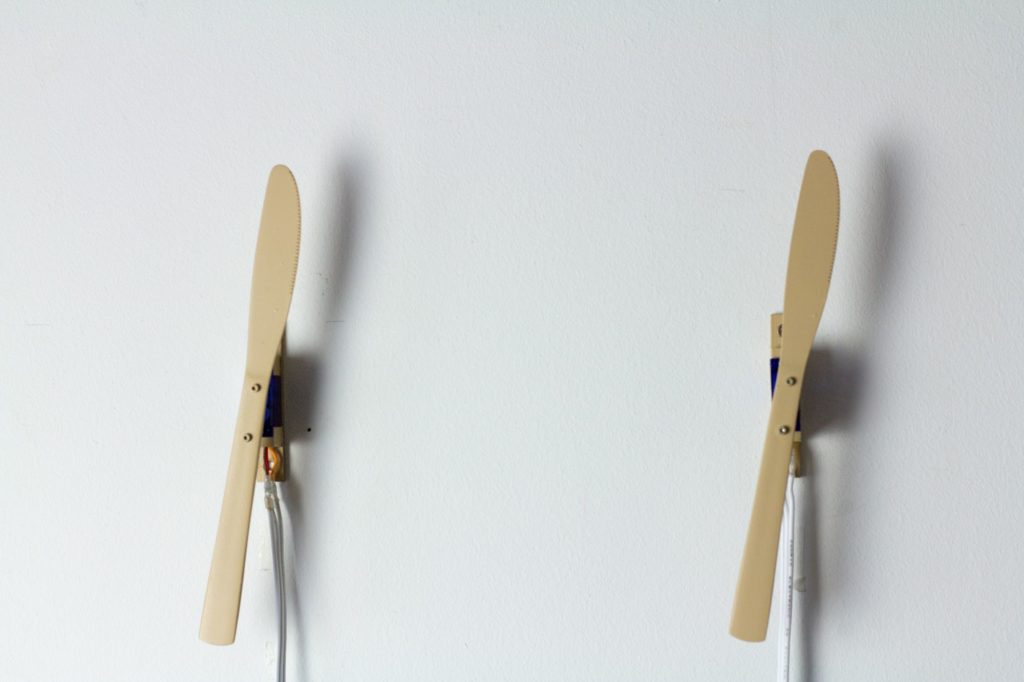 Happy Days or Staging Beckett with 11 motors is staged without human actors or conventional (verbal) dialogue in a non-theatrical space. In Samuel Beckett’s “Happy Days”, perpetually performing rituals of daily routines overshadows the performers. The objects of these rituals can survive on their own. Therefore, these objects or rather props from the play became the performers themselves, animated by motors. The contrast of order and chaos is represented by a series of various absurd behaviours of these props. Praying toothbrushes, knives killing time, burning umbrella.

Order is formed by repetition of daily routines, and chaos takes over when this repetition dries out sense. 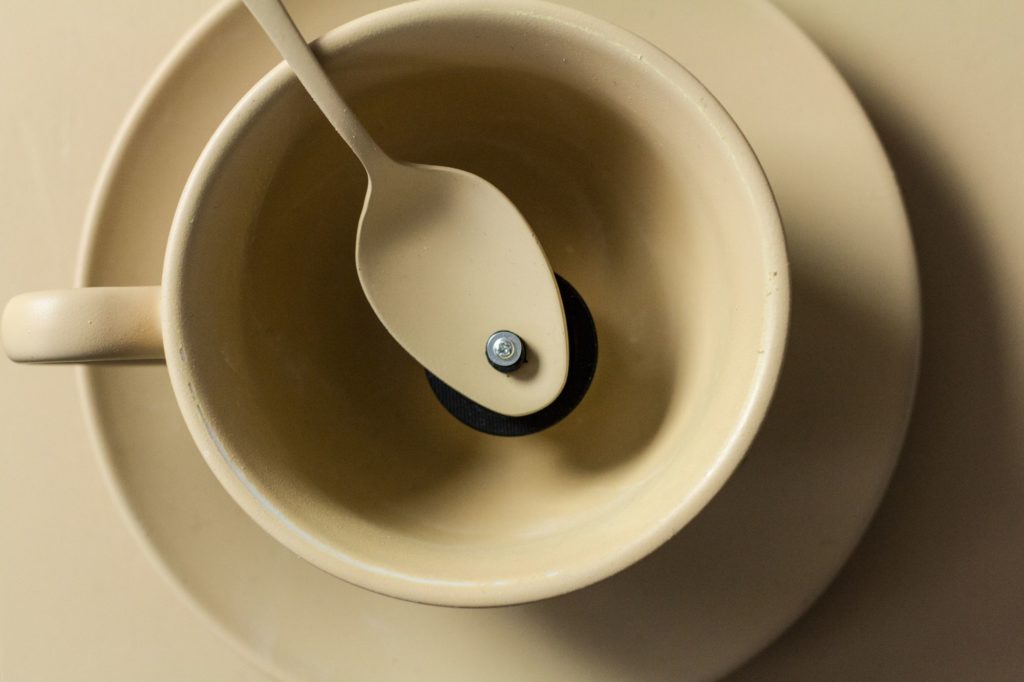 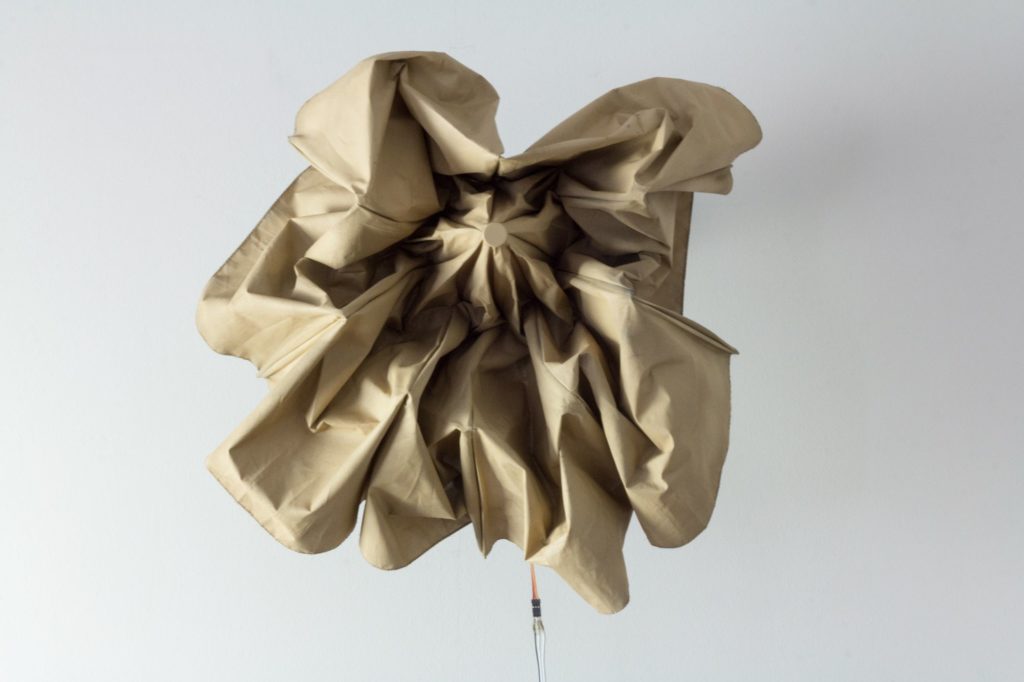 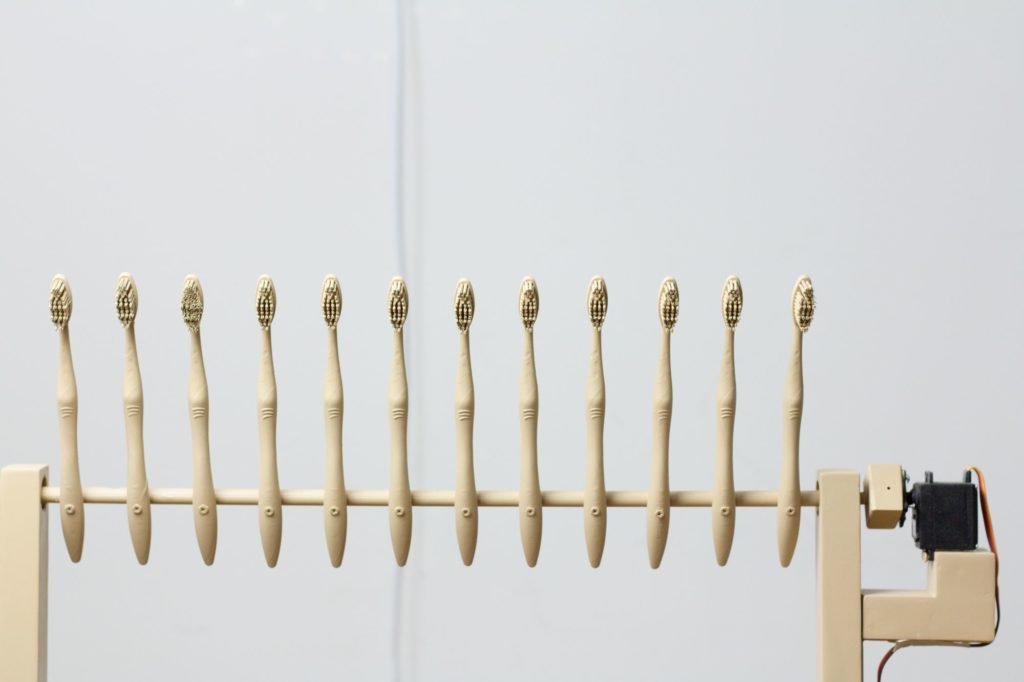 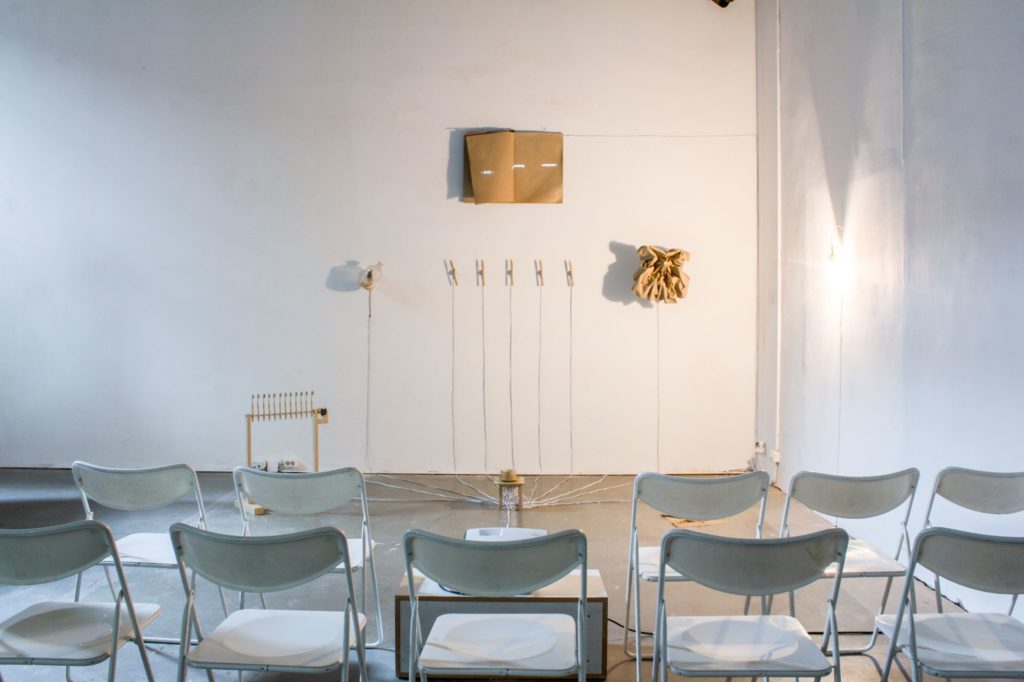 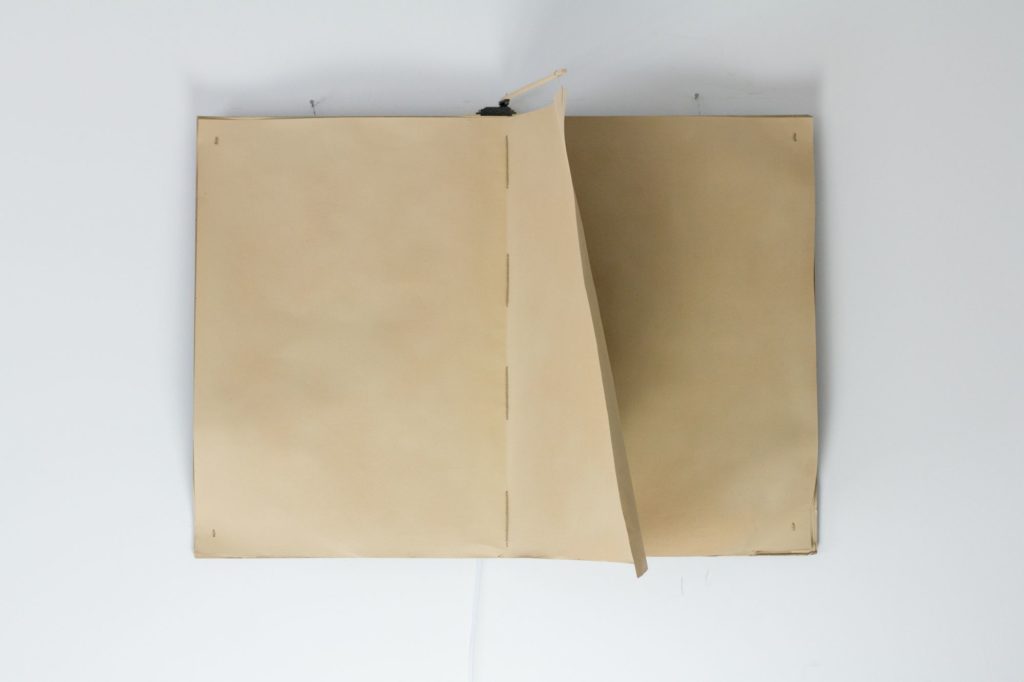