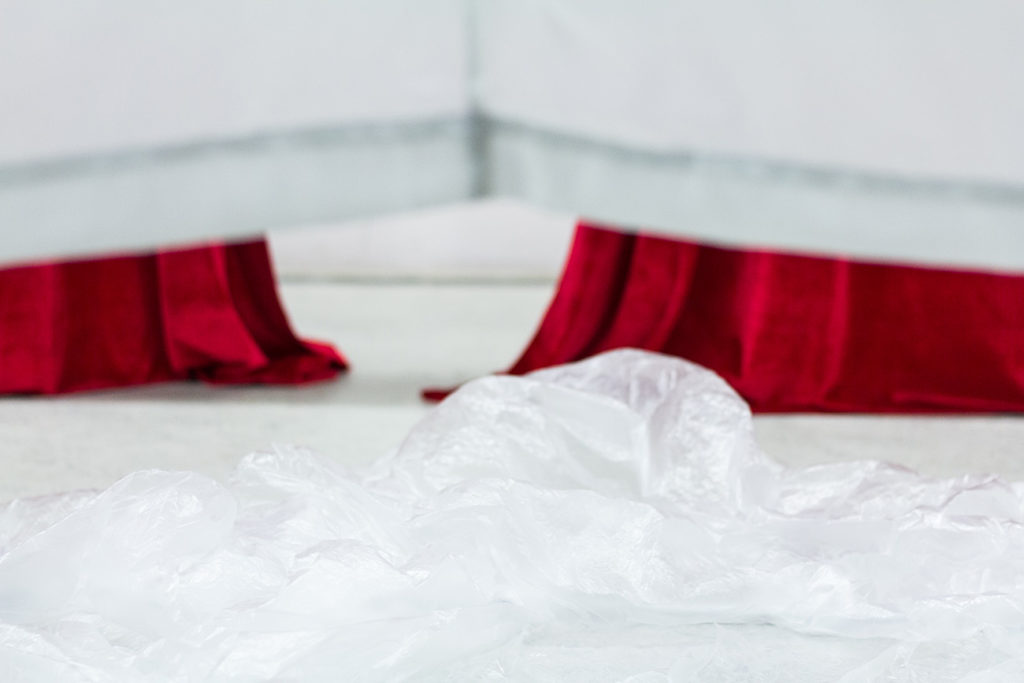 Absence within staging can mean reduction to specific theater elements. Here, this limit is the curtain and what it means as an iconic symbol of a theater stage. As one act ends, another begins and so it goes on and on. The curtain becomes a protagonist in itself and its behaviour would dictate the dynamics of the play. On the other hand, what is behind it? The provocation, the expectation and the inevitable symbol of a gate between two spaces, moments and ideas became as prominent as the curtains themselves. In this way, the absence of the play, the story and what you may typically encounter on a stage behind a curtain became the play itself. 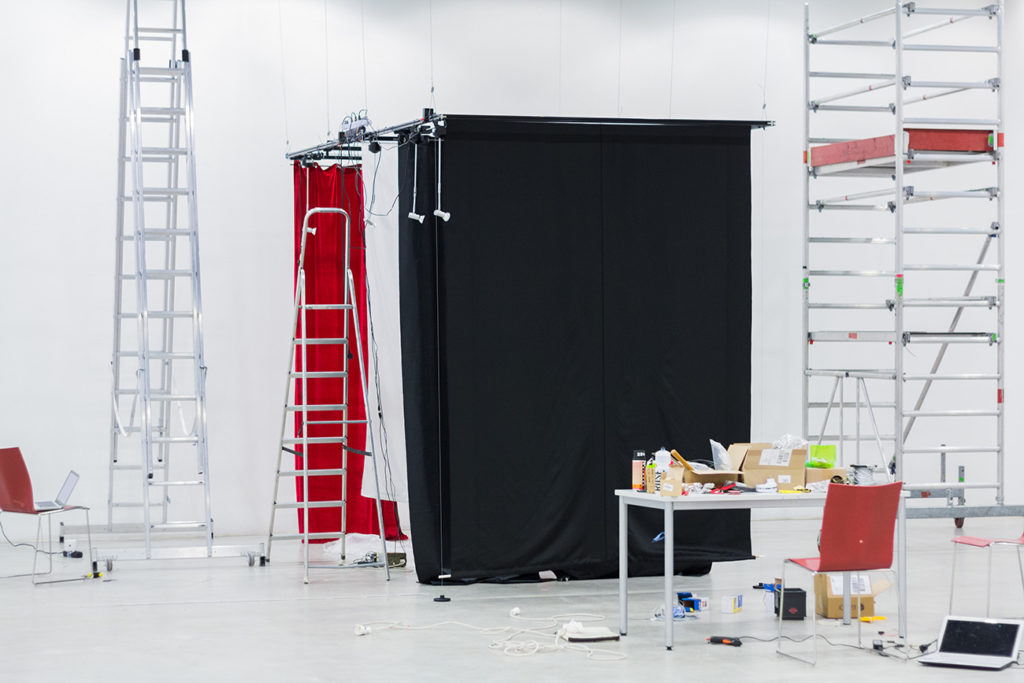 Staging Absence is an 8 minute performance entirely actuated by motors. They are animating the curtains and the light. Without a human body controlling the curtains or a human actor delivering the performance, we encounter a distance which allows the audience to experience a different sort of play. The intention is to deal with these present absences through a sense of melancholy, fantasy and associations, finding in them some sort of fulfilment as opposed to mechanical repetition one might expect from an automated installation. The aim is to search for the intimate and human through the means of mechanical and non-human. 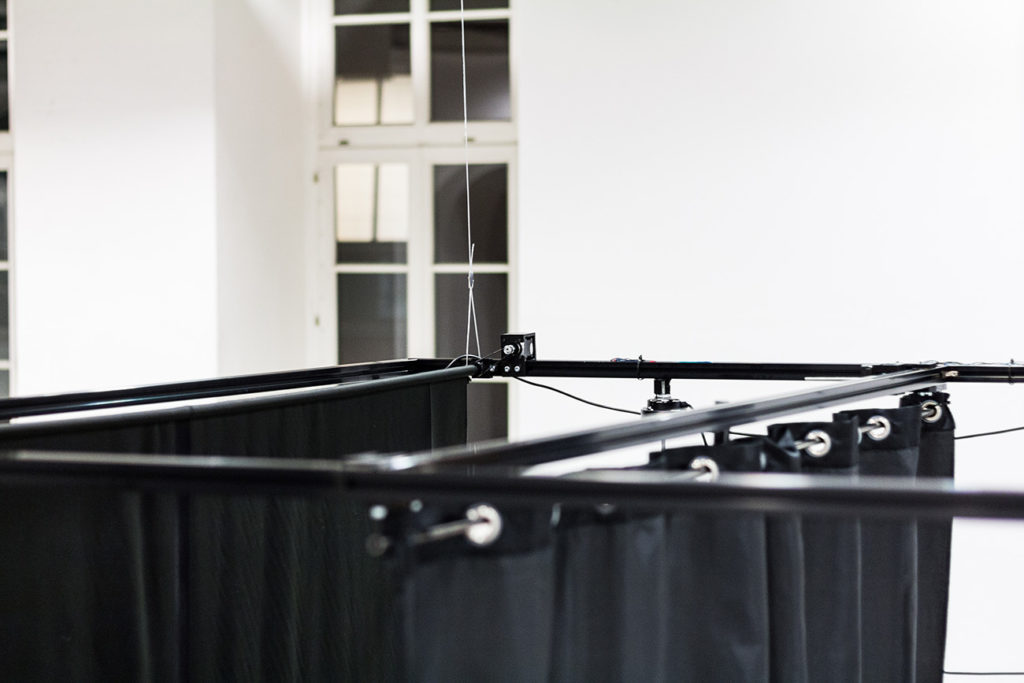 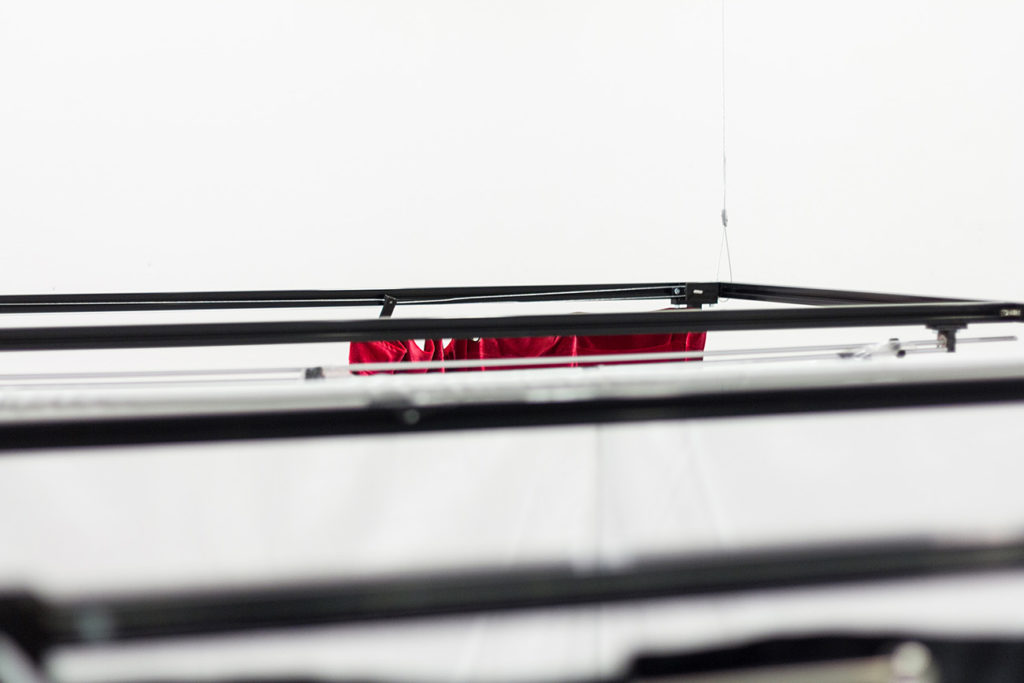 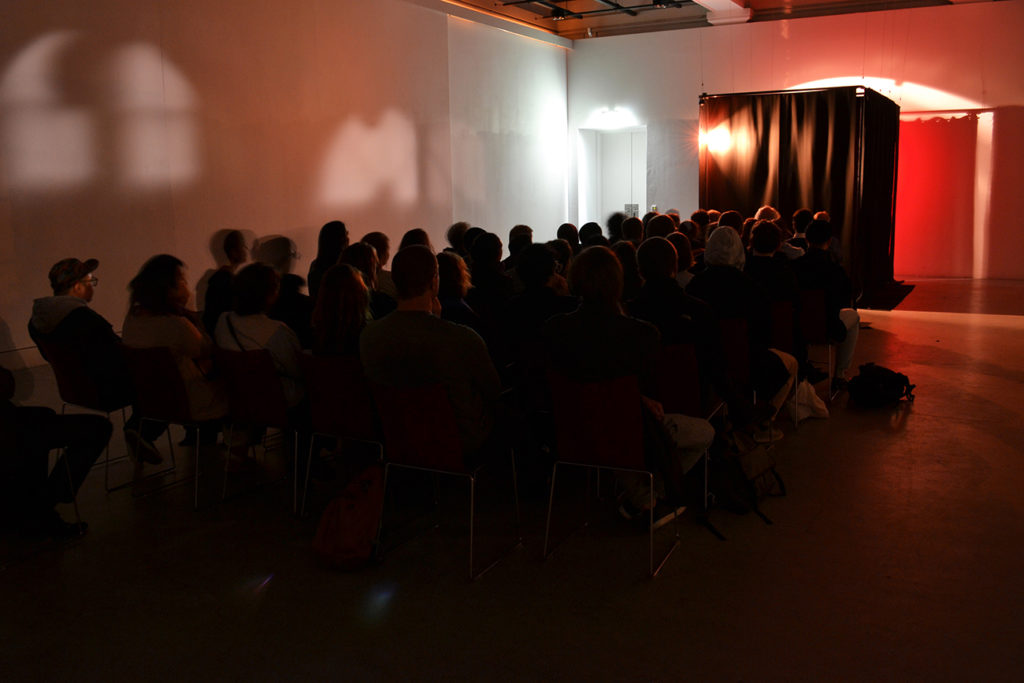 When presented with these fragments and present absences, the audience is left to fill in “the spaces in-between, spaces of discovery, spaces in which emotion, imagination and reflection can actually take place.” Goebbels (Aesthetics of Absence, texts on theater,2015: 4)

Presented at OUTNOW! Festival in Bremen 2017